It is simply fantastic! 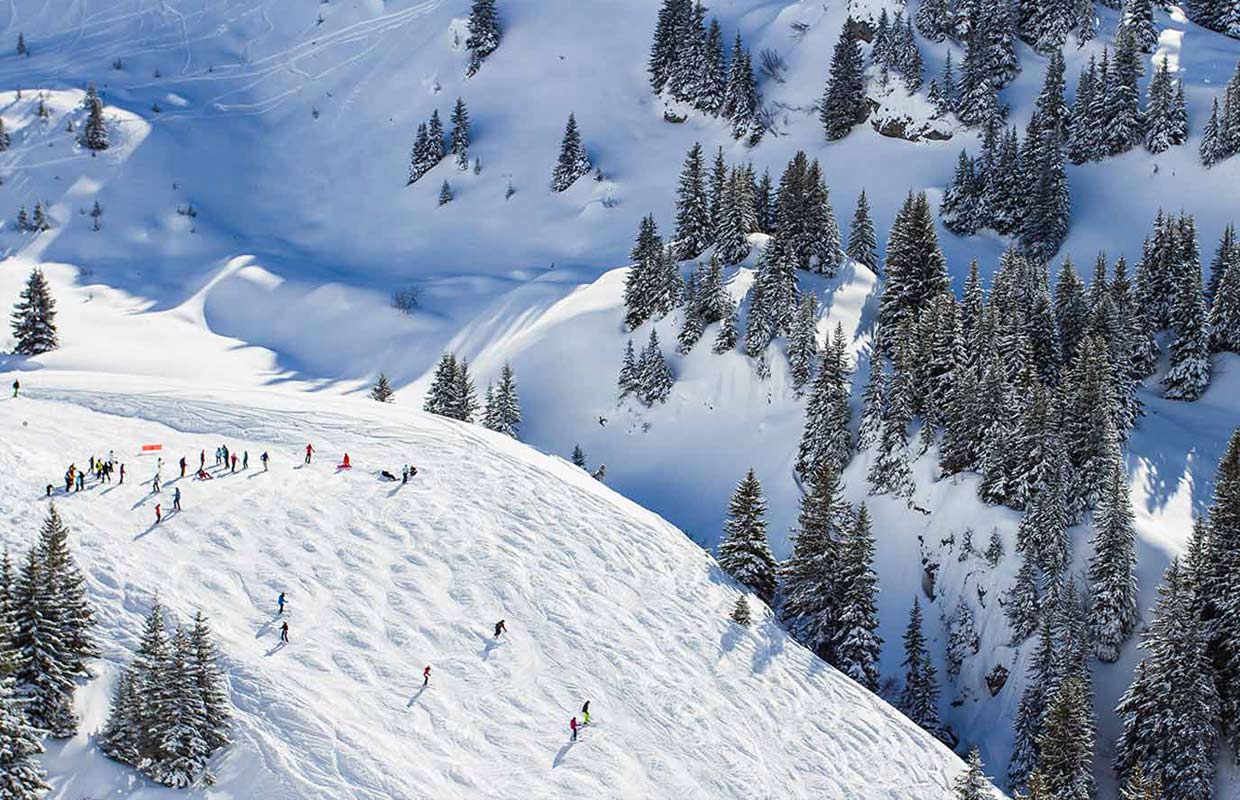 Skiing in Morzine and the Portes du Soleil

Morzine skiing is simply fantastic and offers the best value for money lift pass in Europe. Morzine is in the centre of the largest internationally linked ski area in the world. In the winter, the vast Portes du Soleil offers an immense variety of runs for all standards of skier and snowboarder, with 650km of pistes and more than 260 lifts spanning 13 linked resorts in France and Switzerland, making it the biggest skiable domain in Europe. Morzine skiing is, in our opinion, unbeatable.

9 terrain parks which cater for all standards, including a beginner’s park. There is also limitless off piste riding opportunities where fresh snow can be found even after days without snowfall.

The ski school in Morzine has a fantastic reputation and there are a number of nursery slopes at Le Pleney which are ideal for learning on. There are many green and blue runs to progress onto in Morzine and over in Les Gets.

Morzine & Avoriaz have many blue and red runs ranging from tree-lined runs and wide-open pistes. Get the Portes Du Soleil lift pass to enjoy the whole area.

With the whole Portes Du Soleil available you will find everything from steep groomed black runs, to moguls and extreme off piste to keep you challenged! Try the famous World cup downhill run from Hauts Forts down to Les Prodains, as well as the world famous Swiss Wall at Chavanette which will provide a challenge for even the hardest core skiers.

Get In Touch
If you’d like to enquire about staying in our beautiful Chalet Alice or just have a question about Morzine, we’d love to hear from you.
CONTACT US